The Mito Foundation Ambassadors and Supporters

We are delighted to have some well-known faces supporting the Mito Foundation. Through their participation in our campaigns, sharing our story with the media and highlighting the search for a cure for mito on social media, they have helped to raise awareness of mitochondrial disease and much needed funds. 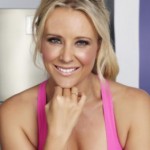 Susie Burrell is one of Australia’s leading dietitians with degrees in both nutrition and psychology. She is the resident dietitian on Channel 7’s Sunrise and has a weekly nutrition segment on the 2GB afternoon show with Chris Smith. She has written three books and has a nutrition practice in Sydney where she specialises in weight loss. 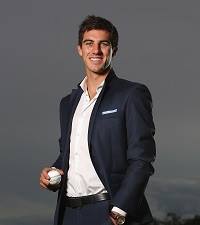 Australian cricketer, Pat Cummins, made his Test debut in 2011 aged just 18. Pat is known for his fast bowling, which regularly exceeds 145 km per hour. The pacesetter plays for NSW and in the 2013 Big Bash played for the Perth Scorchers.

Pat has a personal connection to mito, with extended family members suffering from the disease. Sadly, Pat has lost two of his extended family to mito over recent years.

“As a professional cricketer I am able to train and play for hours with little effect to my energy reserves. In stark contrast, mitochondrial disease affects adults and children to the point where they often have no energy to fulfill even life’s most basic functions.

“Mito has robbed my extended family of so much. I hope that as an Ambassador with the Mito Foundation, I can raise awareness and help find a cure for the many sufferers of this devastating disease.” 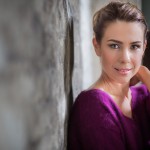 Kate Ritchie is probably best known for her role in the TV drama Home and Away. Kate left the long-running series in 2008 after 20 years of playing Sally Fletcher and took on the challenging role of breakfast radio with Nova 969. With her foot still firmly in the door of radio broacasting she continues to act and present both reality and live television. Kate is also the face for Vaseline Skin & Body and dedicates her time to numerous charities. It was in early 2013 Kate returned to Home and Away as a guest with her onscreen daughter Pippa (Piper Morrissey) who had been diagnosed with mito. With Home and Away being screened in over 100 countries the storyline has raised awareness of mito and the desperate search for a cure not only with Australians but with a much larger, international audience.

“My return to Home and Away was always dependent on having a worthy storyline to sink my teeth into. What I didn’t realise was that it would prove to be so rewarding.

“The positive response to the journey of Sally and her daughter, Pippa, has been overwhelming. Not only from families already touched by mitochondrial disease but from thousands of others who, like me, had never before heard of it.

“You can sometimes forget the impact of being able to reach into people’s lounge rooms every night of the week, all over the world. I can only hope that the awareness this story has created will continue to have a positive follow-on effect when it comes to further education, research and donations forthcoming.”

Dr John D’Arcy is known to many Australians through his radio Health Check programme. He began his broadcasting career many years ago at Seven News, and was the first doctor appointed to an Australian newsroom. John is a regular columnist for New Idea magazine.

“I find it exciting to be associated with the Mito Foundation. Mitochondrial medicine is rapidly moving ahead – treatments for mito disorders are being trialled, and more are in the pipeline. These, along with gene therapy, will provide real hope for mito sufferers.” 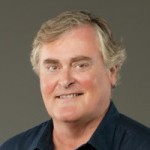 John Howard is an Australian stage and screen actor. Howard is best known for his appearances in the film The Club, and the television series SeaChange, Always Greener, All Saints and Packed To The Rafters.

Having studied (at least a few years of) Medicine at Univeristy before pursuing his acting career, John knows enough about mitochondrial disease to be dangerous. John is the Mito Foundation’s longest serving ambassador and a much cherished member of our “mito community”.

“The ADMF supports families who have to deal with the sneaking scourge of mito. It also raises money for much needed research into this affliction. With your assistance we hope to find adequate treatment and a cure for mitochondrial disease” 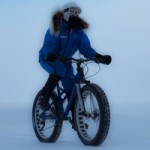 Kate Leeming is one of Australasia’s leading explorer/adventurers. So far on her journeys she has cycled the equivalent of twice around the world at the equator. Kate’s most notable achievements include: first woman to cycle across the new Russia (aiding the children of Chernobyl, 1993); first woman to cycle the Canning Stock Route as part of her nine month, 25,000km Great Australian Cycle Expedition (2004/05); first person to cycle west to east across Africa in a continuous line from Senegal to Somalia (Breaking the Cycle in Africa, 22,000km, 10 months, 2009/10). The Australian and African expeditions were official activities for the United Nations Decade of Education for Sustainable Development. Kate has also been ranked as World No.2 woman real tennis player.

“Beginning in November 2014, my next expedition, Breaking the Cycle – South Pole, will be an attempt to become the first person to cycle from the Antarctic coast to the South Pole. Travelling on two wheels is far less efficient in the snow than walking or using skis, so to push my special all-wheel-drive polar bike uphill and in to the wind over the icecap, for at least 1200km in temperatures as low as -40C, will be as tough as it gets. To succeed I will have to manage my energy intake and output for several weeks in this environment, the kind of challenge those with mitochondrial disease face every day of their lives.

I am thrilled to become an ambassador for the Mito Foundation to help raise awareness about this little known disease. Before becoming involved, I had heard of mitochondrial disease but knew nothing about it and how prevalent it is in Australian society. Knowing that I will be helping to bring attention to mitochondrial disease will be a strong motivator as I prepare and then once I am out on the ice and snow.”