Thomas Dow (Tom) was born in 1986 and, except for childhood asthma, was healthy, happy and very cute with a caring and engaging nature. Tom reached his childhood milestones quite early; walked at 12 months and talked by 18 months. He was a curious and physically active little boy and played with his older cousins whenever he got the chance. He liked being in the backyard with the family dog. He was a helpful little boy who was easy to be around and enjoyed spending days with his mum and doing the usual things together. He pottered about with his dad doing projects around the house. His dad was a sailor so he often went out on the boat with the family.

His baby sister, Laura was born in 1988 and Tom fell in love with her at the hospital.  She had brought him a small truck which he rarely let go of. He was always looking out for her and telling his parents what she needed. He spent time entertaining her and making her laugh. 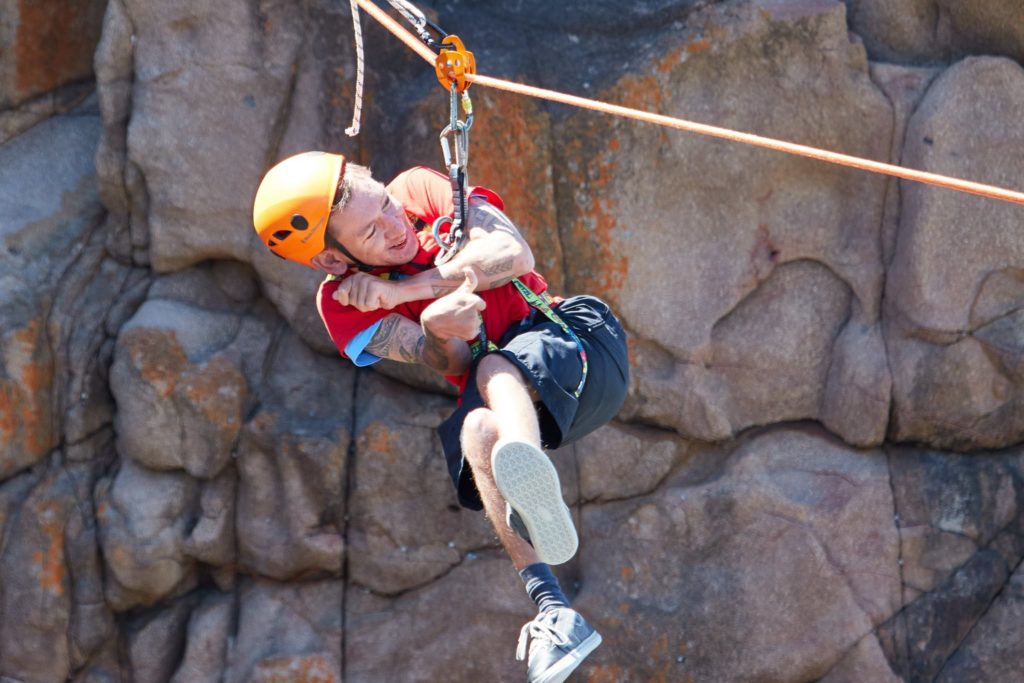 Following a family holiday in Byron Bay when Tom was about four years old he started to walk strangely – rolling his foot on to its side. It was suspected that he had injured his foot somehow, but on return home a doctor’s visit began the devastating journey of medical investigation, rapid deterioration, illness and, eventually, severe disability. While the cause was unknown despite various investigations, the term Leigh Syndrome arose as a potential explanation. There were no diagnostic tests that confirmed this, and no treatments – just a range of things to consider and try. The prognosis was likely death in a very short time with a variety of degenerative loss of function which was both acute and chronic. Tom was in an electric wheelchair by aged five. The impact of dystonia (change in the muscle tone) meant a loss of mobility, swallowing, hand function, severe muscle spasms, and later, seizures occurred. Fortunately, he maintained his cognitive abilities, his sight and hearing which meant that communication could be ongoing albeit with adjustments.

During this period Laura became ill and in hindsight this probably triggered the same disease although she presented very differently.  In any case, by the time Laura was two she stopped walking, lost most of her words and could only eat pureed food.  We developed rudimentary communication methods to get by – phrasing questions for simple choices as she could not control her hands or arms and had lost her speech.  She had severe spasms and seizures and deteriorated more quickly than Tom.  She died when she was six and Tom was nine.

It is hard to say why and how Tom has outlived his life expectancy.  He may well be the oldest living person with this rare disease.  I suspect his tenacious grip on life and his attitude to challenges describes the essence of him and that has served him well in his journey with Leigh Syndrome.

Tom has had several near death moments over the past years – hence his mother calls him Lazarus. His friends of course call him many other things!!!

What is remarkable about Tom is each time he loses an ability he finds another way around it.  For example, he was a natural right hander but learned to use his left hand when his right hand let him down.

The big things in life do not phase Tom at all – he is pragmatic and just gets on with it.  I would say he is brave. Having said that, those big things would not be possible without the amazing young men and women who have been a part of Tom’s life over many years. Some have become lifelong best friends. They have supported, facilitated, motivated and cared for him unfailingly. They know who they are!! 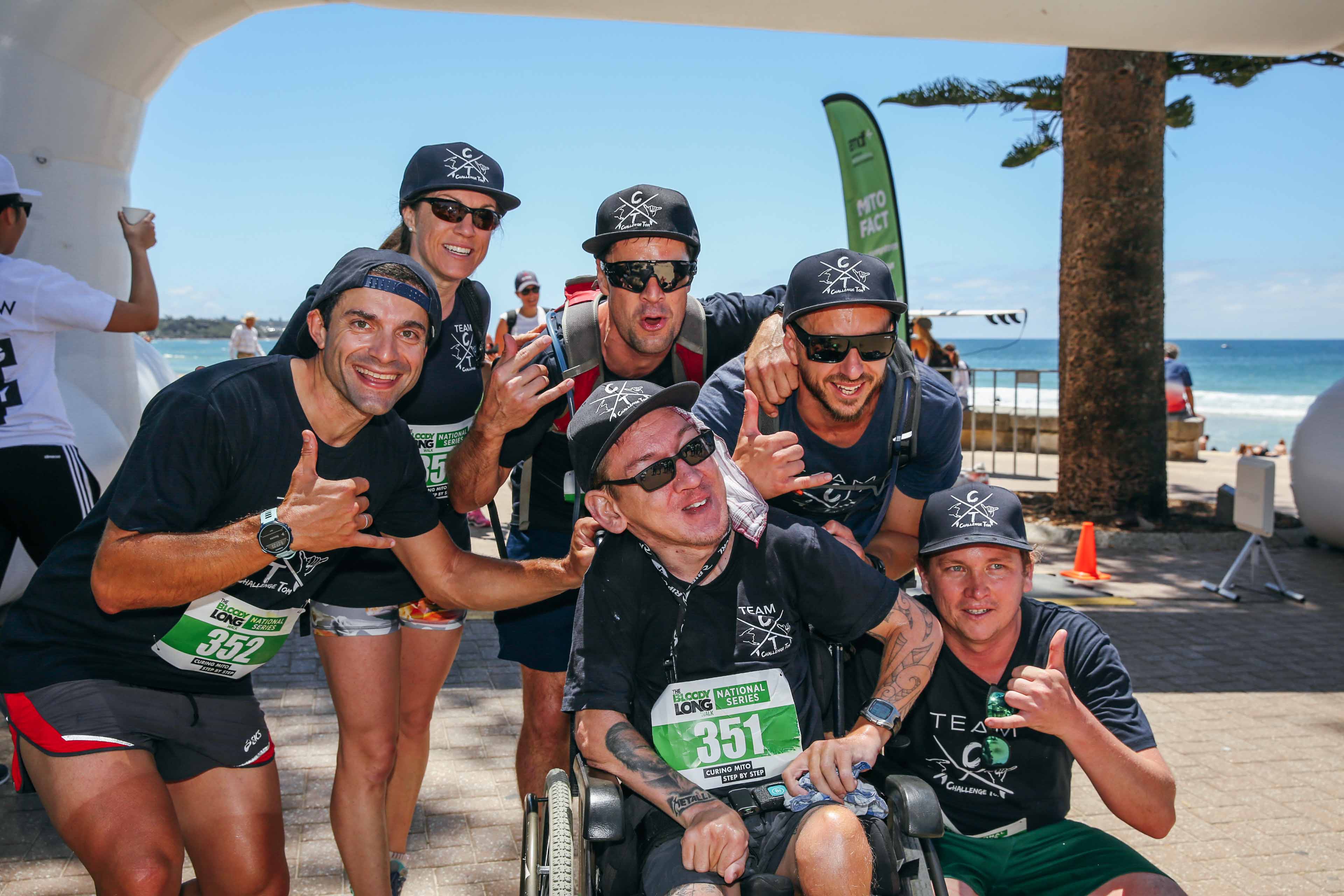 Tom has a great sense of humour and is also incredibly social and is at his happiest just being one of the gang – laughing at boy humour, teasing each other, watching the world go by.  Tom had his own Hangover trip to Las Vegas with his mates Theo and Chris in 2015 which his parents could never have coped with.

Tom completed a cert 2 in business through OTEN and had a part time job at WEA for a few years with the support of key people. He loves sailing, surfing, socialising and doing challenging stuff.

Tom cares deeply about those he loves and is always concerned about how they are when they experience challenges. He sees his own circumstances as not better or worse than anyone else. On very rare occasions he has said it (life) is all too hard and he has had enough but just when the funeral is planned he decides to go hang gliding or jump out of a plane or…

Tom can drive others a bit mad as he also has obsessive compulsive disorder which manifests through checking in with others about tasks etc. Let this serve as a warning – do not give him your mobile number unless you are prepared to face the consequences!!!!!  As I said the big things are a walk in the park – the small worries of life cause much more anxiety. Not unreasonable when you rely on others to do the small things in life.

Oh, and occasionally his mother has to remind him of his manners which he seemed to have misplaced on occasion somewhere between 20 and 30. He is a grateful young man just sometimes forgets to say so.

Tom and his fantastic mates took on The Bloody Long Walk Sydney East in 2016 and Sydney North in 2017. The ‘Challenge Tom’ team pushed and carried Tom and his wheelchair along each of the 35km routes, raising funds every step of the way!